Hello and thanks for showing up to rant, rave and reflect on the latest episode of Monday Night Raw Live. Here is your host, hailing from a dark corner in the North East of England, it’s Danny Damage.

We begin tonight with the newly crowned Women’s Champion strutting down the aisle and we’re given a recap of Sasha’s title win last week.

Urg.  She couldn’t have creamed her knickers faster as soon as three people started the “you deserve it” chant.

Very much like the ultra popular girl in a high school prom film telling her cackling cronies to stop with the compliments while really wanting them to amplify them.

Dropping Eddie Guerrero’s name has just become a device for getting a quick cheer and an opportunity for us all to think “awww, I like Eddie too.  It was so sad when he died.  We’re the same.  I like her”.

She continues to invite Carpal Tunnel and puts both her shoulders out of socket.

Charlotte arrives, but she’s not alone.

Rusev and Lana storm down before she has the chance to say anything.

Rusev adheres to Vince’s perception of foreigners and portrays the chauvinistic pig by slagging them both off and saying that no one cares about their stupid women’s revolution.

Charlotte snatches the microphone and accepts Sasha’s challenge for Hell in a Cell Live.

Lana isn’t keen on their impudence and says they don’t know their place.

They both smack Lana in the tit.

Rusev gets a double drop-kick  and is nudged out of the ring while he’s tending to his injured bag for life.

Rusev gets up and gets back in the ring to face the women.

Roman Reigns needs to get on screen before all the kiddies are tucked into bed I guess, so here he is.  He also manages to scare off Rusev, despite Sasha and Charlotte being very content with having a two on one scrap with Rusev.

Roman, I’m pretty sure the girls were resigned to their fate after kicking Rusev to the outside.  Go back to the Bat Cave.

Michael Cole reminds us all to get WWE 2K17 on pre-order so we can play as Goldberg.

New Day Out.  Big E retrieves cereal he tucked away for later with the crowd.

They briefly put Cesaro over and put Sheamus down.  Cesaro and Sheamus head out.

Seems we’ve got a match on its way.

Sheamus mocks his partner by sitting with his back to him while fucking around on Fake-book on his phone.

Sheamus later causes a fight with Woods and Big E, thus distracting Cesaro and allowing Kofi to roll him up for the win.

Cesaro blames Sheamus and Sheamus tells him he’s a loser that needs to keep his eye on the ball.

Even though Charlotte only just contributed to kicking Rusev out of the ring, seems she’ll be teaming up with him later.

Bayley to Belly, sorry there’s nothing else for you.

Chris Jericho is backstage and on his phone.  R-Truth is listening in.

He misunderstands Jericho’s business dealings and manages to make some sponsor dollar, then leaves.

Jericho didn’t refuse the offer of a chocolate bar, but Truth’s already gone.

Hats off as this is the first time I’ve laughed at one of the adverts for the interchangeable, never healthy, consumable, sponsored product of the week.

A flash in the pan of a match.  Fun and fast paced, but they should have given the guys longer.   There are four of them after all and (ignoring Sin Cara) they’re the least exposed talent on the roster.

Mick Foley is arena-bound when the Borg Queen approaches and attaches herself to him for his/their Hell in a Cell Live address.

Foley looks like an Old English Sheepdog has had its head of the car window while it’s been raining. 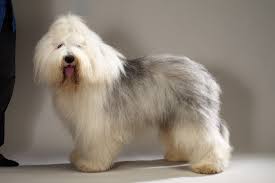 Foley and Steph in the ring, plugging Hell in a Cell Live.

As well as the US Title match between Reigns and Rusev being inside Hell in a Cell, the Universal AND Women’s Title matches will be too!

Jeri-KO out.  Owens says he doesn’t want to follow in Foley’s crippled footsteps and have to endure a Hell in a Cell match.  Jericho takes no time in getting on board poking the bear.

Stephanie butts in and puts Jericho in his place, so he tries to slyly put her on the list as well.

He denies everything when she realises what he’s doing.

He decides to cross her name out when she begins to sit the pot between himself and Kevin Owens however.

Steph adds a stipulation to the Jericho vs. Rollins match tonight; if Jericho wins, he’ll be added to the title match at Hell in a Cell Live.

Rollins is backstage, he’s asked his views on everything that was just said in the ring.

Seth on Steph: “I was the best piece she’s ever had!”

Curtis Axel is concerned about his former Social Outcast brother, Bo Dallas and asked Mick Foley to put them in a tag match together on Raw Live.

Gallows and Anderson jump the faces before the match.  Thankfully, they cut Enzo’s promo short too.  Double win!

They tell us that “the games are over” and then leave.

After the break, Axel and Bo are still in the ring wondering what the fuck is going on.

Axel demands Foley give them someone else to fight.

Bo beats down Zayn and then tags Axel in.  Soon after this, A Helluva Kick sets up The Red Arrow and it’s over.

I’m guessing this is working towards Dallas taking his frustration out on Axel and them feuding for little while.

Charlotte and Lana play  “Who’s Got The Biggest Girl Balls?” and then go their separate ways.

Truth gets a roll-up after Goldust causes a distraction.

TJ Perkins makes as many video game references as possible while trying to have a little heart-to-heart with Brian Kendrick.

It looks like Perkins’ words have landed and Kendrick accepts the handshake.

Kendrick fails to jump Perkins and gets dropped instead.

He doesn’t seem bothered that there are two opponents this week.

He annihilates them with little effort.  He even hit them both with a running split-legged drop kick.

Byron is in the ring again, but he is quickly scared away.  Strowman has a mic and he tells Foley to stop pissing around with weaklings and to feed him something substantial next week.

Corey and Cole tease me with visions of #StrowmanVsSaxton when talking about WWE2K17.

Reigns and Sasha chat and look forward to their match later.

Gee, that was nice.

Reigns Speared Rusev to prevent him from breaking up the submission at the end.

Tom Philips gets mocked by Jericho and Owens.

Awwww, look at how sad Tom is that he’s on there again.  Crushing his little heart every week, they are!

Paul Heyman is spotted swaggering around in the back.

Heyman is already in the ring when we come back.

He teases us with with a WWE2k17 representation of Lesnar vs. Goldberg revisited.

Since the crowd aren’t sharp enough, Heyman leads them into a Goldberg chant, then acts repulsed.

On behalf of his client, he lays down a challenge to Goldberg.  Big Bill Goldberg being the one blemish on Brock Lesnar’s record.

With that matter settled, Paul E swaggers off to partake in business dealings elsewhere.

Brian Kendrick joins the boys at the table, Kendrick claims he was getting out of his seat when Perkins sucker-punched him.

Another mind-boggling, gob-smacking, head-scratching game of….

Okay, this new guy’s spouting off in non-American, so I’m meant to boo him now, yeah?  Fuck sake.

Mini Daivari got some exposure at least, the match was longer than the other Cruiserweight bout.  Just a shame about the horrendous gimmick.

Jericho apologises for losing his cool earlier and considering putting Steph on The List of Jericho.

Owens appears as Stephanie flees, Owens becoming very suspicious of a conspiracy between the two.  Jericho tells him they were discussing friendship.

WWE act like they didn’t primarily parade Tito Santana around as El Estereotipo!

Goldberg has responded to Brock and Heyman’s challenge!

Holy Shit!  He’ll be on Raw Live next week!

Rollins nurses his recent rib injury from the start of match.  Jericho obviously focuses on this as much as possible.

Kevin Owens’ music hits a few minutes in when Rollins has control of the match.

This distracts Rollins and allows Jericho to take advantage of the situation.

Rollins is tormented in Wall of Jericho, before escaping.

Owens tries to distract Rollins yet again, but Rollins knocks him out so he can focus on Jericho.

Jericho capitalises on the wandering attention of Rollins and tries again to make him tap.  Rollins counters another attempt at The Walls of Jericho and rolls Jericho up for the one, two, three.

Owens jumps Rollins after the match.

Rollins manages to get the better of him, so Jericho pounces on him.

Rollins vanquishes him too.

Owens was already on the outside once Rollins gained the upper hand.

Owens scurries away once again.

As well as our usual wrestling pals, we’ve got Goldberg to look forward to next week and Hell in a Cell Live is shaping up nicely too!

So far at Hell in a Cell Live we’ve got:

I’m looking forward to seeing what happens next week.

Probably not going to be a regular thing, but he’s a bit of bonus buffer for this week.


I liked No Mercy Live opening with the main event.  It pushed me in at the deep end, rather than allowing me to tip-toe in from the shallows.  The match also involved one of the very few times the Wacky Line/Lunatic Lariat made sense.

Oh yeah, this is NOT a means of stopping AJ Styles from tapping out.

Even Cena is in shock at how Ambrose doesn’t realise that AJ has two fucking arms!

The Binty-chops/Divas are worse on Smackdown I think.  Total Bell-ends everywhere, with plugs for the show left, right and centre.  On top of that, there’s too much hair pulling and squealing. Raw Live is guilty of this too, just not as much as Smackdown is.

Loving the new Uso loo.  It took a few weeks for them to finish smoothing off the edges of their make-over, but they’ve got there now.  However, I think they’re still missing a member.

Turn Naomi heel again already.  She’s gotten really good in the ring and had developed her Team BAD persona so well.  It’s such a shame she’s devolved back to being a dancing Funkadactyl.

I suggest taking a little of this.

And adding a little of Team BAD Naomi.

WWE missed a trick the first time around when Naomi was a heel and Team BAD dissolved.  They were still keen on having Jimmy and Jay as faces and keeping The Roman Empire looking strong.  Redemption is within reach though, as I still think it’d work really well now if they were to have a go.

Digest and discuss! You can follow me as I work away on Twitter (@BluntDamage) for additional nuggets of wisdom and also on Instagram (@DannyBluntDamage) to see me shoot photographs of my other hobbies and guilty pleasures. Thanks for reading, take care and I’ll see you next week!