First they came for the PROGRESS, and I did not speak out—

Because I was not a Punk.

Then they came for the OTT, and I did not speak out—

Because I was not Irish.

Then they came for the ICW, and I did not speak out—

Because I’m still salty over Polo losing to Lionheart.

Then they came for me—and there was no one left to speak for me. 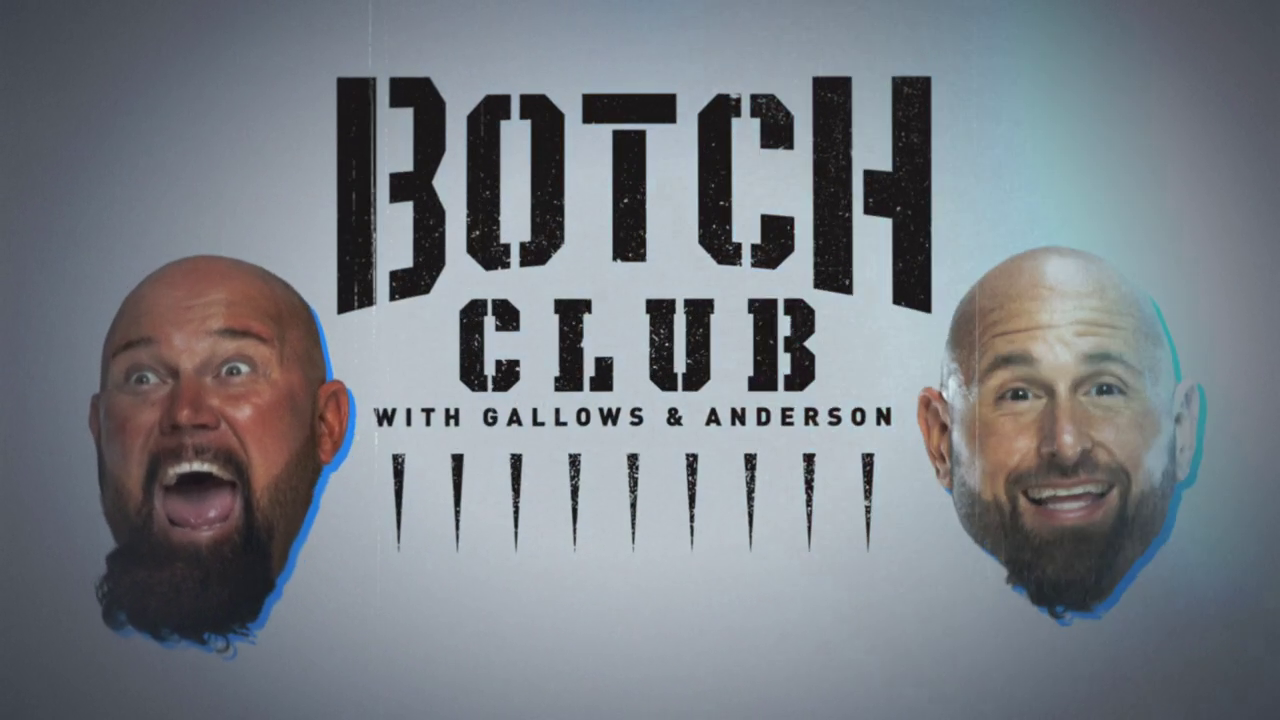 Ever since WWE announced they’d be doing a show with the word ”Botch” in the name, my Twitter’s been an Australian wildfire of replies with everyone voicing their opinion and already preparing (or hoping) for my death so I thought I’d address it head-on rather than let people hear it through the grap(e)vine.

I got a bit worried when I heard the announcement as I thought if there was ever a time for WWE to send a cease-and-desist then it’d be now, so I gave it a few weeks in case I typed up something, clicked ”publish” and THEN got a knock on the door from a bald man with a beard.

But predictably nothing happened (or maybe they’re waiting for my wedding day to send it) so regardless of Botch Club, Botchamania has no intention of stopping anytime soon and I will continue to Ziggler the once-proud name right into mediocrity.

I appreciate people getting mad at WWE and making this a Botchamania vs. Botch Club thing (and it’s done wonders for my twitter follower count, thanks G & A) but I’m not mad or feel I’ve been wronged or anything like that. First of all, the likes of It’ll Be Alright On The Night and America’s Funniest Home Videos pre-date me by about a century and secondly IT’S THEIR FUCKING FOOTAGE. What am I going to say, ”how dare you steal my video series that steals your footage”? Yeah that’ll work. I’ll be like the burglar that broke his back in someone’s home and sued them for a having a slippery floor.

Let’s objectively look at the debut episode (which is full-screen and still available on YouTube, proof that they haven’t ripped off the idea completely) and see what I have to be afraid of.

-Gallows & Anderson are hosting which is a good choice as they can be authentically funny without trying too hard. The only hope I had for this failing was having the ”The Old Day seemed like a good idea at the time” version of The Good Brothers showing up but they no-showed so fuck.

-We haven’t even started yet and they’re already getting their money’s worth with these wacky sound effects and slide-whistles that I believe William the Conqueror was using when he invaded Britain. Gallows talks about the time Anderson pooped himself in the ring and they make sure to add SHIT-SHIT noises over it to run over any subtly to make sure it’s dead. So far Gallows & Anderson are the commentary team and the sound effect machine is played by David Otunga.

-All the clips have been used in Botchamania before (including Juvi messing up a dive on Jericho which I only used two videos ago so I’m flattered someone’s making notes) with the weirdest clip in the opener being Joe Coffey wrecking the beam at The Garage. Up until now, ICW (and other European indies) have been featured for video packages for NXT UK guys so seeing this subtly slotted in adds more fuel to the Network cost increase/more indie footage rumour that I’m always reading about.

-Intro is vaguely similar to Tri.Moon’s (RIP) Smackdown intro with even more bouncy-bouncy-boing-boing sound effects to really get the heart-rate going so you can move on to heavier reps.

-Gallows & Anderson explain that all the wrestlers in WWE are very athletic and we get a nice highlight reel of guys doing 450s but all I can think of is Alan Partridge’s Crash Bang Wallop. This clearly needed to be inserted into a WWE-endorsed show about fuck-ups and I want to create a false rumour that everybody featured in this montage objected to the making of this program and this is a subtle ”eat shit” at them.

-Introduction to a segment called Top Rope Turmoil shows Kane falling off the ropes at Summerslam 2003 which is cool to me as they edited that out of the home video/Network version so it’s nice to see in HD.

-We cut to G & A watching the botches on a TV screen and cracking jokes and THEY’RE PLAYING FUCKING VIDEO GAME/CHIP-TUNE MUSIC OVER IT HAHAHAHA. Well I can’t issue a copyright claim but there’s a 50/50 chance Manami Matsumae or Koji Kondo will go after this. Throw the book at them, video game music judge.

-Anyway the clips they show are good but for whatever reason they speed-run through the clips like they’ve got a bus to catch. You’ve got to have a little build up to the move, then the botch, then the reaction afterwards for maximum effectiveness but here it’s Sabu falling over with BEEP BOOP audio then Anderson going WOAAH HE SLIPPED and then Bozo the clown pounding a horn and immediately moving on. It’s an assault on the senses and the tunnel ride in Willy Wonka was easier to follow. No reason for them to show such small bits of the clips given that they own the damn footage but Are You Serious had the exact same issue so I guess it’s Kevin Dunn’s attempt at Auteur Theory.

-Anderson & Gallows laughing their arses off at the clips is far more entertaining than them trying one-liners and Gallows gets a genuine grin from me for his dead-pan impressions of Lanny Poffo and Steve Austin. It’s a shame they’re fighting the audio to get them on the show.

-They focus on Titus’ infamous flop at Greatest Royal Rumble and we get footage from the Gorilla Position of Adam Pearce and others laughing themselves into a coronary and it’s fascinating to see that part of backstage. Pearce tells Dan Matha ”yeah don’t do that!”

-Then we get the good bit with Titus insisting he meant to do it and they edit new footage to make it look like he was looking for Hornswoggle. OK, more of this and I won’t sue.

-Now it’s time for the obligatory WCW bashing (AKA shooting fish in a barrel), specifically Halloween Havoc 1995’s Monster Truck match between Hogan and Giant. Again like Are You Serious, they spend more time riffing on WCW than they do explaining what’s going or why it’s happening. We get it guys, you won the war. Now how about throwing a bone for the guys that didn’t grow up with Wrestlecrap? The footage of THE YETAY humping Hogan is funny enough without two guys yelling ”look at that look at that!”

-Anderson reveals he’s about to prank Gallows by showing him the complete airings of his Tough Enough trial, including the footage of his trunks falling down and Al Snow making him carry on while yelling ”well we know you can do a small package!” Again, awesome seeing this unused footage after hearing Gallows talk about on podcasts.

The show ends with Anderson proclaiming that not even they are off-limits. Oh God help them if they fuck up in the ring after this.

Oh wait they’d need to make TV for that to happen, never mind.

Overall: The bits with Gallows & Anderson being themselves were easily the highlight, as were the never-before-aired footage and Titus joke. That’s working to the strengths of the enormous WWE library and talent on demand so well done. The editing of the botches was a bleeding mess, with The Good Brothers wrestling in a handicap match against an army of slide whistles and silent film piano music from the 1910s and the clips being clipped so short you wonder why they even bothered.

But it’ll be interesting to see how they do more and if they use it to further real-life issues and we get a Revival Special and a Mike Kanellis special. And my final thought is this: So does the BC on their shirts stand for Balor Club or Botch Club now?